Welcoming The Weekend With Charging The Mound 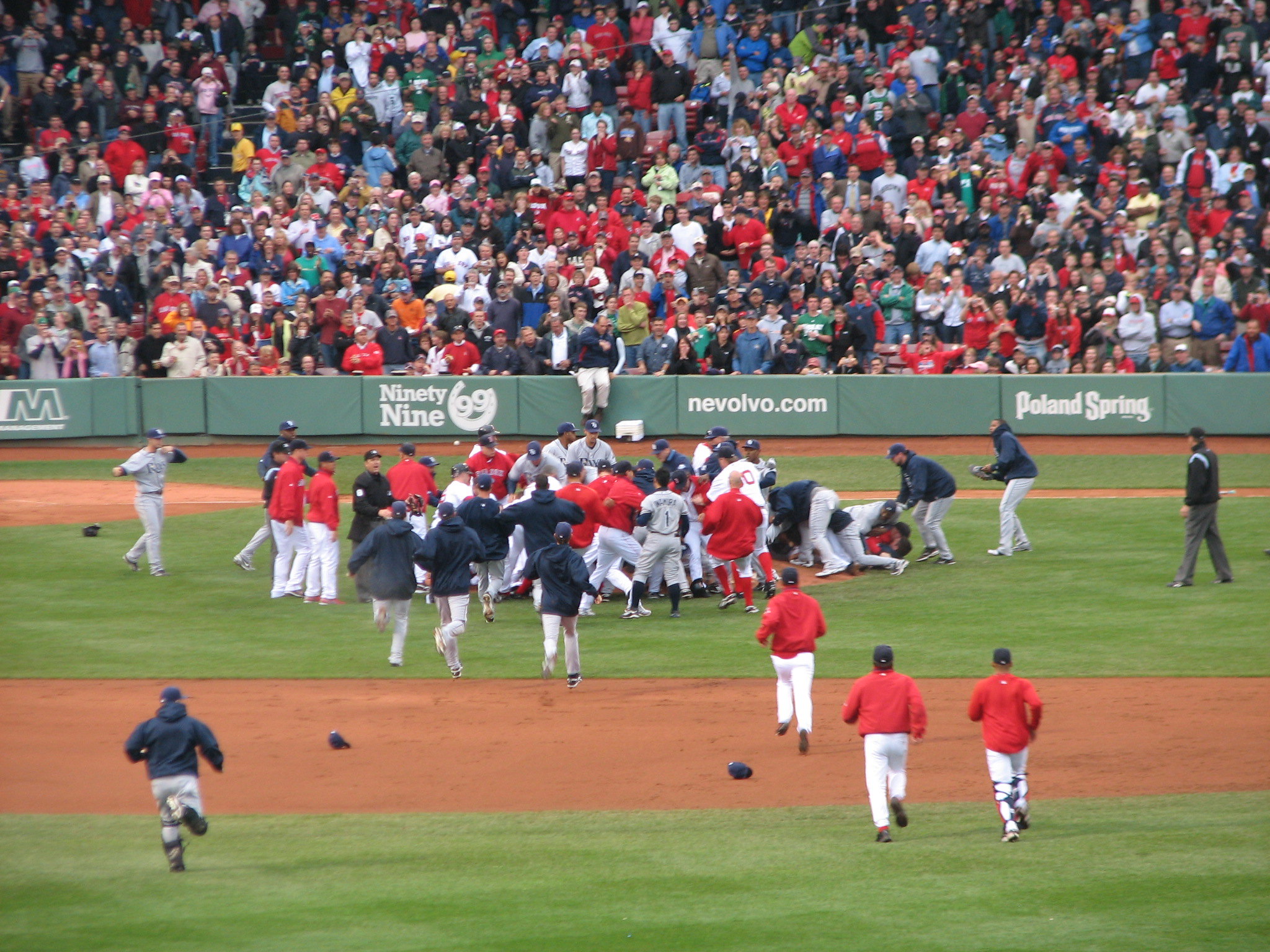 Welcoming The Weekend With Charging The Mound

Home » Sports » Baseball » Welcoming The Weekend With Charging The Mound

You made it! It’s finally the end of another work week. Sure, the weekend has lost a bit of its luster lately, but no work is still no work, even if it is just sitting at home doing nothing. I mean, unless you have kids or a family or responsibilities and if so, that’s a “you” problem.

Fighting in professional sports has lost a lot of it’s luster. Sure, we still have hockey goons slugging it out fairly regularly, but even that feels like it has been kept in check a bit. Baseball brawls have become a complete joke. It’s a lot of “hold me back” nonsense, coupled with the bullpens sluggishly jogging in like they matter. It really bums me out. I miss a good mound charge. Now we just get some jawing and a bunch of people who have never thrown a punch yelling behind people you’ve never heard of. If I sound like an old man who pines for the days of yesteryear that’s because I am.

This got me thinking. Let’s go back to a simpler time and revisit some of the best mound charges in history.

First, I will forgo all teasing and content posting rules by giving you my very favorite right off the bat. I do not believe in foreplay and refuse to wait for anything, so here it is.

This is the S tier of mound charges. It has it’s own level that will never be eclipsed. The simple brilliance of giving the catcher a little Sweet Chin Music before the charge is unmatched. This man is a visionary and we should remember him as the pioneer that he was.

Next up, Nolan Ryan beats the shit out of Robin Ventura.

You could argue this should be number one. I would say you are wrong, but you could argue it. That does not diminish it’s greatness. Ventura made such a massive mistake. Nolan Ryan not only brought gas before it was fashionable, he was also just mean as all hell. No one was more thrilled than him that our boy Robin came for the thunder. The headlock is just A+.

While not even close to the last two, this one still has everything you want in a charge.

Pretty boy Bryce is big mad. He has the slow build up after being very clearly purposefully plunked. He throws the helmet which ends up closer to the first baseman than the pitcher. Punches even appear to connect. A very underrated entry into the baseball fighting pantheon.

Look, I could do this all day, but let’s be honest. I don’t feel like writing anymore and you don’t feel like reading so here is a 14 minute compilation of some more. Enjoy!

Josh grew up in the midwest and upon graduating from the University of Iowa he wanted to see the world. After 4 years in Jacksonville he decided he was cultured enough and moved on to Birmingham England (known to the locals as the Detroit of the UK) and then west to San Francisco before settling in NYC. He pays his bills working in finance making sure the 1% remains on top. When he is not selling his soul and unable to look himself in the mirror, he spends his time writing mean things about sports while his dog, Sweet Dee, silently judges from her spot on the couch. He is very biased and never wrong. He would also like to thank Rotowire for never changing their NBA League Pass and MLB.TV passwords from that year when he was an NBA Beat Writer for the Nuggets for some reason.

Trevor Bauer Controls His Narrative in 2021
Has Chaim Bloom Rebooted the 2013 Red Sox?